What you must know about serum, plasma and blood collection tubes 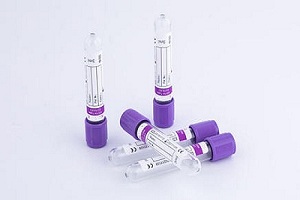 b. Immune globulin includes several components such as a1, a2, β and γ, among which γ (gamma) globulin contains a variety of antibodies, which can combine with antigens (such as bacteria, viruses or heterologous proteins) to kill pathogens. disease factors. If the content of this immunoglobulin is insufficient, the body's ability to resist disease decreases. Complement is also a protein in plasma, which can combine with immunoglobulins to act together on pathogens or foreign bodies, destroying the structure of their cell membranes, thereby having bacteriolytic or cytolytic effects.

In addition, there are many enzymes in the blood, such as proteases, lipases and transaminases, which can be transported to various tissue cells through plasma transport.

d. Coagulation Factors such as fibrinogen and thrombin in plasma are the components that cause blood coagulation.

Nitrogenous substances other than protein in blood are collectively referred to as non-protein nitrogen. Mainly urea, in addition to uric acid, creatinine, amino acids, peptides, ammonia and bilirubin. Among them, amino acids and polypeptides are nutrients and can participate in the synthesis of various tissue proteins. The rest of the substances are mostly metabolized products (wastes) of the body, and most of them are brought to the kidneys by the blood and excreted.

The saccharide contained in plasma is mainly glucose, referred to as blood sugar. Its content is closely related to glucose metabolism. The blood sugar content of normal people is relatively stable, about 80mg% to 120mg%. Hyperglycemia is called hyperglycemia, or too low is called hypoglycemia, which can lead to dysfunction of the body.

The fatty substances contained in plasma are collectively referred to as blood lipids. Including phospholipids, triglycerides and cholesterol. These substances are the raw materials that make up cellular components and substances such as synthetic hormones. Blood lipid content is related to fat metabolism and also affected by the fat content in food. Excessive blood lipid is harmful to the body.

Most of the inorganic substances in plasma exist in an ionic state. Among the cations, Na+ has the highest concentration, as well as K+, Ca2+ and Mg2+, etc. Among the anions, Cl- is the most, HCO3- is second, and HPO42- and SO42-, etc. All kinds of ions have their special physiological functions. For example, NaCl plays an important role in maintaining plasma crystal osmotic pressure and maintaining body blood volume. Plasma Ca2+ is involved in many important physiological functions such as maintaining neuromuscular excitability and plays an important role in the coupling of muscle excitation and contraction. There are trace amounts of elements such as copper, iron, manganese, zinc, cobalt and iodine in plasma, which are necessary raw materials for the formation of certain enzymes, vitamins or hormones, or are related to certain physiological functions.